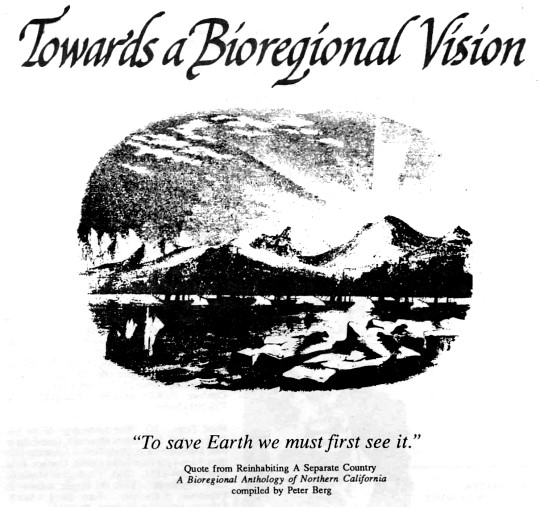 Since 1988, the Mount Shasta Bioregional Ecology Center has played a pivotal role in preserving the integrity of Mount Shasta and its surroundings. Our bioregional perspective encompasses not only natural interconnected systems but also their cultural layers that constitute the human relationship to the land. What has emerged is widespread recognition of Mount Shasta and the surrounding area both locally and internationally as a major natural sanctuary for its superlative beauty, pristine purity, high quality waters and cultural significance — deserving to be preserved in its integrity for generations to come.

We work through public education, science-based public policy and advocacy, legal challenges, restoration, watershed monitoring, forest stewardship, building partnerships and alliances, and engaging the local community to connect with and protect our bioregion. Our programs and accomplishments over the years fall into five categories:

1988-1998 – Our founding project was a ten-year campaign to stop a large ski-condominium development that threatened to commercialize large tracts including pristine meadows and springs sacred to Native Americans.
2001-2008 — Forestalled massive geothermal development, working with local tribes to stop the award of leases to Vulcan Power high on the slopes of Mount Shasta.
Ongoing — Monitoring proposals and advocating for long-term protection.

1997–present — For nearly 20 years we have worked to protect the adjacent sacred Medicine Lake Highlands from industrial geothermal development that involves hydraulic fracturing through a pristine aquifer that recharges the largest spring system in California.

1989–present — Through our participation in proposal review processes, this program has halted or modified some of the worst forest practices, preventing forest degradation and sedimentation that threaten pristine waters.

Achieved in collaboration with Native Americans and totaling more than 130 square miles on Mount Shasta (1994) and in the Medicine Lake Highlands (1999, 2005), these National Register of Historic Places designations acknowledge sacred traditions and strengthen protections.

1996–present — This volunteer community restoration and education project in partnership with the US Forest Service and the Winnemem Wintu Tribe averts use fees so the mountain remains accessible to everyone.

Since 1997 we have collaborated with the Stanford Environmental Law Clinic on the Medicine Lake Highlands legal case. We work closely with the Pit River Tribe and local tribes on sacred lands issues such as Mount Shasta and Medicine Lake Highlands, and are building a larger alliance involving NRDC, Center for Biological Diversity, Earth Island Institute, and Clean Water Action for long-term protection of Medicine Lake Highlands and aquifer. We have served as a nonprofit umbrella for emerging groups such as McCloud Watershed Council and WATER (We Advocate Through Environmental Review), and as a fiscal sponsor for the Mount Shasta Community Garden and Shasta Commons, A Transition Town Initiative.

Over the years, in considering the bioregion as an interconnected whole, we have begun to identify and study critical landscapes, high-elevation recharge areas and aquifers, wildlife and habitat connectivity. In 2014 we drafted Renew Siskiyou which evaluates the risks from climate change to our region, focusing on water resources and forests.