Thanks for coming to our 2015 Earth Day pre-party featuring the legendary Maria Muldaur and her Bluesiana Band!

The evening started with an exclusive 5 pm pre-show reception featuring Pietri Cellars wines. Locals and visitors alike  “made a weekend” out of this event, followed by our community Earth Day celebration the next day at Mt. Shasta City Park. 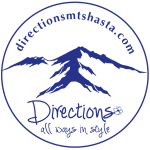 Thanks to our ticket sales sponsor Directions, 312 Mt. Shasta Blvd. in Mt. Shasta.

Your ticket purchase and donations provide vital support for MSBEC’s strong, independent advocacy on behalf of Mount Shasta’s water, land, air and people. Since 1988, dedicated members, staff and volunteers have worked tirelessly for this cause. And still today, new challenges remain.

Despite the current drought, multinational water bottling companies threaten both local wells, and important aquifers serving all of California. Near Medicine Lake, we join with Native American tribes in protecting their land and water from proposed geothermal fracking.

We balance these necessary preservation strategies with other forward-thinking initiatives, all focused on creating a better future. For example, we work to attract sustainable economic development, help our community adapt to climate change, and sponsor grassroots activities such as the local community garden. Your donation and involvement makes it all happen!

Thanks for joining in a super-fun event for a really great cause!

Maria Muldaur is best known world-wide for her 1974 mega-hit “Midnight at the Oasis,” which received several Grammy nominations, and enshrined her forever in the hearts of Baby Boomers everywhere; but despite her considerable pop music success, her 50-year career could best be described a long and adventurous odyssey through the various forms of American Roots Music. During the folk revival of the early ’60s, she began exploring and singing early Blues, Bluegrass and Appalachian “Old Timey” Music, beginning her recording career in 1963 with the Even Dozen Jug Band and shortly thereafter, joining the very popular Jim Kweskin Jug Band, touring and recording with them throughout the ’60s.

In the 40 years since “Midnight at the Oasis,” Maria has toured extensively worldwide and has recorded 40 solo albums covering all kinds of American Roots Music, including Gospel, R&B, Jazz and Big Band, before settling comfortably into her favorite idiom, the Blues, and “Bluesiana” music, her own brand of New Orleans flavored Blues, R&B and Swamp Funk, in recent years. Often joining forces with some of the top names in the business, Maria has recorded and produced on-average an album per year, several of which have been nominated for Grammy and other awards.

2014 marked 40 years since her big hit Midnight at the Oasis was riding at the top of the pop charts, & to celebrate that milestone, Maria created a multi-media retrospective called “Way Past Midnight” which toured successfully throughout the USA & Canada. 2015 finds her continuing to record and perform locally and worldwide with her Red Hot Bluesiana Band. 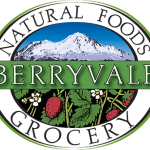 Offering fine wines described as “a flight into an art form with infinite possibilities to capture and transfer light, consiousness and sensual beauty in a bottle of wine!”

Owner Mike Karseboom says, “Community support is a big part of Shasta Live Sound and I love helping to make big music events possible and ‘bringin’ it to the people’.”

We appreciate your support!