The Upper Sacramento River Regional Water Management Group signed onto the SWWG’s Memorandum of Understanding in 2014 and attended this year’s workshop for the first time as official members. Having served as NGO stakeholders in this group for more than 3 years, Angelina Cook and Janie Painter represented the Sacramento headwater region.

The most notable take-home message from the gathering was that the regions that contribute most to California’s water supply are also those with the least legal protections, political will and financial capacity necessary to empower sustainable natural resource management.

Despite California’s reputation as leading the nation with progressive environmental quality laws, many of these policies actually systematically inhibit watershed stewardship. In source water regions reeling from decades of industrial timber decline, these regulatory obstacles are exacerbated by extreme economic hardship.

Although most headwater communities meet the poverty threshold for disadvantaged communities, California Environmental Protection Agency (CalEPA) generally does not designate mountain towns as such because they are not overpopulated or over-exposed to industrial toxins. Lack of designation by state agencies places mountain communities at a competitive disadvantage for attracting adequate funding for headwaters stewardship.

In 2014, California passed the Sustainable Groundwater Management Act, which protects groundwater basins from overdraft by ranking them according to priority and requiring Sustainable Groundwater Management Plans. Most headwaters regions and aquifers are not designated high priority and many are not even listed as groundwater basins due to technical hydrological criteria. That leaves compliance with sustainable groundwater management laws upstream as a recommendation, rather than requirement. These bureaucratic shortfalls actually undermine California’s most cost effective strategy for water security and climate adaptation: simply keeping as much water in the river and underground as possible through healthy forestry and conservative water consumption.

Our meeting nevertheless ended on a positive note, after attendees brainstormed solutions that mutually benefit the state’s economy as well as its ecology. These included green infrastructure alternatives to the Shasta Dam raise and Sites Reservoir construction, and potentially forming a Headwaters Caucus to improve headwaters community representation in the State Legislature.

Against the growing risks of catastrophic wildfire and persistent drought, it’s time for California to get serious about financing ecosystem restoration in source water regions. Otherwise, we’ll watch as downstream flows degrade, and our headwaters communities remain vulnerable to unsustainable development.

Everyone in the state of California, whether living near the headwaters or downstream, must work together to permit only beneficial uses of this most precious resource: clean, cold, abundant, gravity-fed freshwater. Doing that requires meaningful policies and incentives that empower forest restoration and water conservation in headwaters communities. 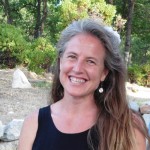